Lemon and Lime Battenberg Recipe from Crave by Martha Collison


To celebrate Afternoon Tea Week Martha Collison has shared with us her Lemon and Lime Battenberg Recipe from her new book Crave! Check back throughout the week for more Afternoon Tea recipes.. 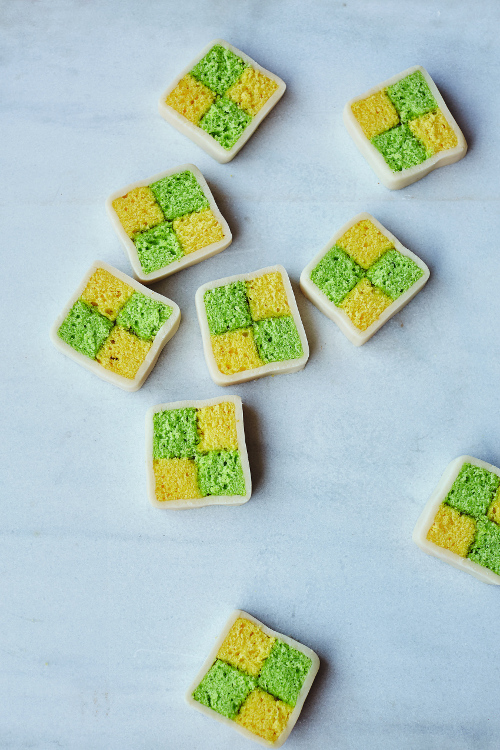 Whatever flavour you use in a Battenberg has to complement the almond it is encased in, which both lemon and lime do strikingly well. This is a unique and slightly peculiar British cake; you'd be hard pressed to find another baked good with the same psychedelic squares and level of geometric satisfaction. The unusual green-and- yellow-coloured squares are a refreshing change from the soft pink and yellow, and I love that the flavours match the colours. It's not as hard as it looks to get a perfectly formed chequerboard, but you will have to succumb to getting out the ruler and vigilantly measuring each section of cake. A great baker's perk here is gobbling up the offcuts, so keep trimming the sponge until you are happy with the dimensions.


1. Preheat the oven to 180°C/160°C fan/gas 4, grease the cake tin and line it with baking parchment, allowing the parchment to overhang at the edges. Divide the tin cavity in half by pulling up the centre of the parchment and folding a tall pleat to separate the halves. Make sure the pleat is as close to the centre as possible.

2. Cream the butter and sugar together in a bowl for 4-5 minutes, using a stand mixer or an electric hand-held whisk, until pale and fluffy. Beat in the eggs, one at a time, adding 1-2 tablespoons of the flour if the mixture curdles.

3. In a separate bowl, combine the flour and ground almonds. Gradually add the dry mixture to the wet mixture until a thick batter forms, then scoop half the mixture into a separate bowl.

4. Add the lemon juice, lemon zest and a little yellow food colouring to one half of the batter, and do the same to the other half with the lime juice, lime zest and green food colouring, mixing until fully combined.

5. Spread the lemon mixture into one half of the tin and the lime mixture into the other half, with the parchment dividing them, and bake for 20-25 minutes or until risen and golden. Allow the cakes to cool for 5 minutes in the tin, then transfer to a wire rack to cool completely.

6. Use a serrated knife to trim the edges off the cooled sponges. Carefully cut the sides that have coloured in the oven, as they can look off-putting if used in the Battenberg. Measure the height of the baked sponge with a ruler and slice the cake into strips the same width as the height, forming a square cross section. Mine are usually 2 x 2cm. This will create perfect squares that stack properly on top of one another.

7. Gently warm the lime marmalade in a small saucepan to loosen it and make it easier to spread, then pass it through a sieve. Stick one lemon strip of cake and one lime strip together using some of the lime marmalade, then stack the alternate colour on top of the bottom layer to create the chequerboard effect with the four strips.

8. Lightly dust the worktop with icing sugar, then roll out the marzipan into a large rectangle, trimming the edges so the rectangle is approximately 18 x 20cm. Brush the top and sides of the assembled cake with the remaining marmalade, then place top-side down on to the marzipan along the short edge. Brush the face-up side of the cake with more marmalade before tightly rolling it up in the marzipan until it is covered. Press in the final section of marzipan or trim if it looks too long.

9. Trim the ends of the cake using a serrated knife and transfer the Battenberg to a plate or cake stand. The cake will keep for up to 1 week in an airtight container.

This recipe is from Crave by Martha Collison. For more info about Crave and to purchase here 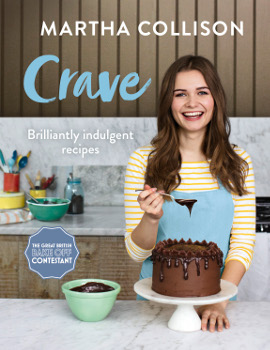