An English Country Garden in the heart of Marylebone


We escaped the chills of the Beast from the East to visit 108 Pantry at The Marylebone hotel to try the brand new English Country Garden Afternoon Tea.

Entering through the curtain into 108 Pantry at The Marylebone Hotel, you would initially think that you had stepped in to a patisserie. The elegant counter display of sweet treats served as a "glimpse of heaven" to be assembled in to an indulgent Afternoon Tea experience, inspired by Cecil Lee's poem The Country Garden. 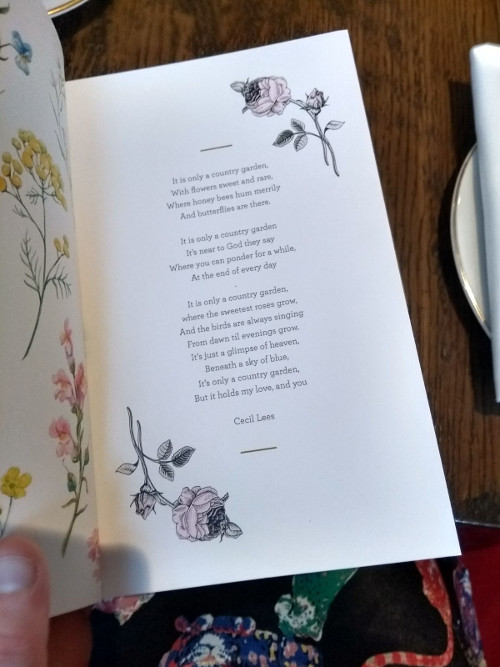 Just a couple of days after the passing of the snow storm that was labelled the "beast from the east", it was difficult to imagine what a thriving English country garden looks and smells like, but the menu was a reminder of all the "flowers sweet and rare" grown on English soil, showcased across all three tiers and accompaniments, in the "classic" Afternoon Tea.

Rather than one of the wide range of English sparkling wines available, we opted for the Rhubarb Mimosa to start with, which whetted our appetite for the twists on the traditional first tier favourites, with similar offerings available on the gluten free menu. The striking elderflower and strawberry Battenburg was a first choice, later followed by lavender panna cotta with sparkling wine jelly, rhubarb profiterole, and a delightfully light chocolate and opera rose cake. 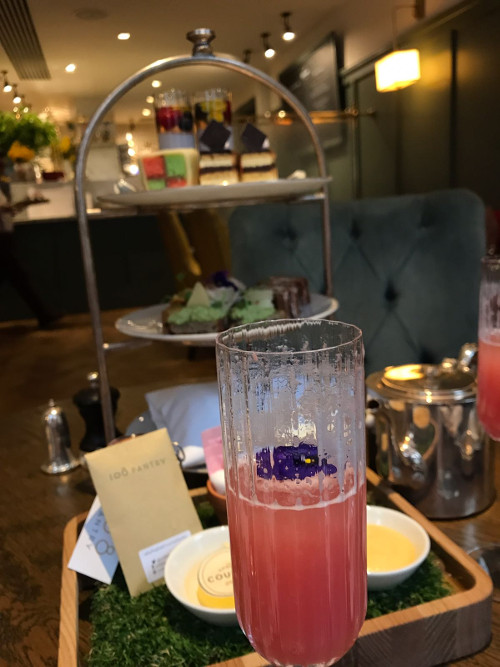 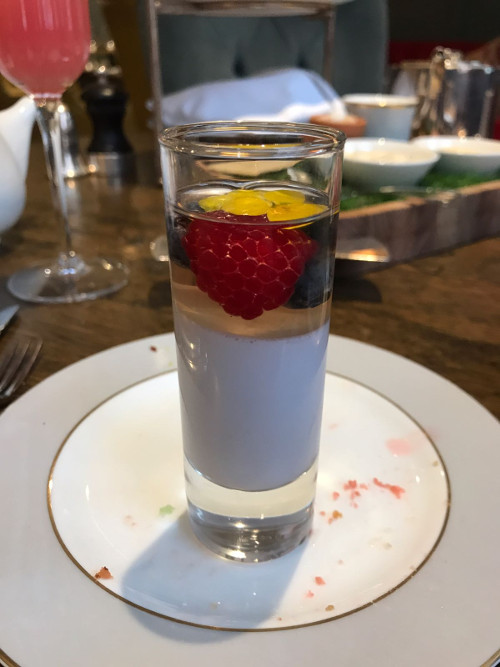 Turning to the savouries, more traditional flavourings appeared and served as light appetisers to accompany the sweet offerings. One of the more unusual choices was the Dorset crab served on compressed watermelon followed by the smoked salmon on Guinness brown bread, coronation chicken tartlet and vibrant broad bean and pea hummus on a sour dough crostini, elegantly decorated with edible borage flowers. 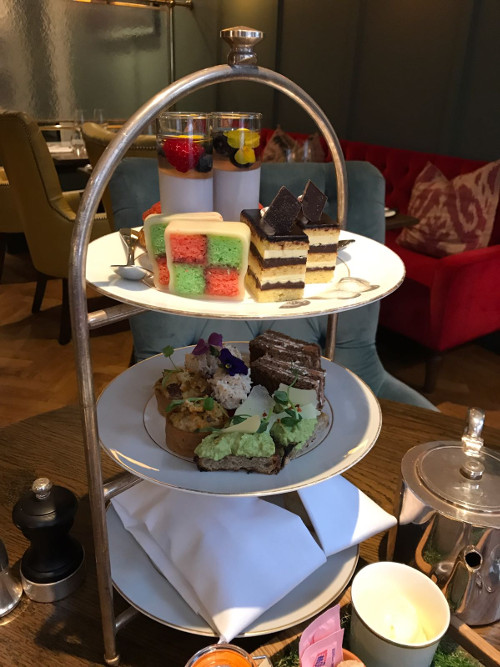 The poppy seed and orange blossom scones rivalled the top tier sweet selection. Still warm from the oven, they were topped with rhubarb jam and orange curd, which was a nice change from the expected strawberry jam. We tended to our scones using the mini trowel and fork styled cutlery, and if you were inspired by the offering, a take home pouch of wildflower seeds was placed on the bed of grass upon which the condiments were served. 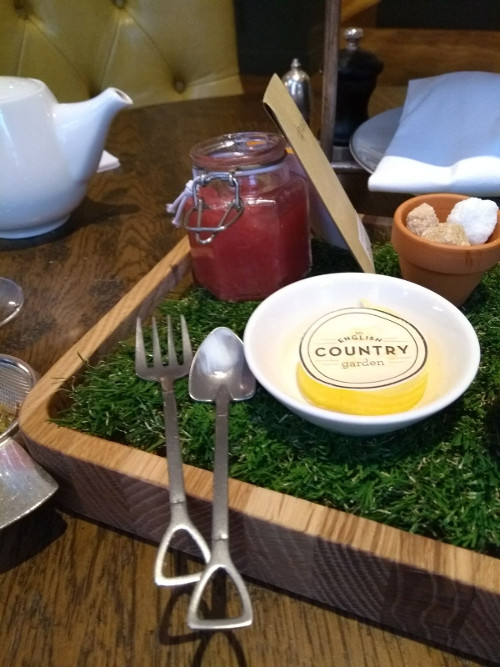 And what is an Afternoon Tea without the tea? 108 Pantry claim that choosing the correct teas is vital in delivering their Afternoon Tea and so we went with the waiters personal recommendation from the selection of teas sourced by The Rare Tea Company, an independent tea company based in London. We would normally opt for a black tea, but decided to go for a white tea instead, opening our eyes to a standout Jasmine silver tip tea, deep and gentle in flavour. This accompanied the other flavours on the stand, particularly the rose, leaving us asking for more. All the teas are served in a one cup tea pot, to make sure it delivers on depth of flavour every time.

After an active morning running the 'London Big Half' marathon, the English Country Garden Afternoon Tea was the perfect "recovery" option, bringing the outside in. The thought of returning on a glorious British summer day to enjoy tea outside was a tempting thought.

English Country Garden Afternoon Tea is available every day until 30th May and costs £32 per person.